THE HOUSE UNDER THE COPPER TENT

Tweet Covered in copper and striking on the inside, this underground house built under a London garden creates with lights and shadows a careful architectural game that leaves no one indifferent. Wedged between two tallest buildings, this London house is not (at all) what it looks like. From the outside, its roof with irregular carp covered with copper is the first thing that catches our attention but, inside, what impacts is its ability to take advantage of the outside light
1 view0 comments

Tweet Architecture, gastronomy and art come together to give a new life to an old Queen Anne church on St. Thomas Street, at the foot of the London Bridge. An almost divine experience. The old church of St. Thomas has gone from being a temple of worship to a gastronomic temple. The idea is part of the Cantonese restoration group Duddell’s, which from the first moment was clear that, if he wanted his first restaurant outside Hong Kong did not leave anyone indifferent, he had t
0 views0 comments

JAPANESE CUISINE AT THE THAMES

Tweet In the heart of London, the Yen restaurant combines traditional Japanese craftsmanship with contemporary design inspired by bamboo forests. In a privileged environment, on the banks of the River Thames, this Japanese restaurant has everything to offer its guests a complete dining experience. His cover letter includes a good location, authentic traditional Japanese cuisine and an attractive design by the London studio Sybarite, which was commissioned by the Japanese fash
0 views0 comments

Tweet Located on the outskirts of London, the interior of ‘Eltham Palace’, one of the residences of Henry VIII, has been put at the service of series such as’ Return to Brideshead ‘or’ Hercules Poirot. The Crown fans with the best eye for this kind of thing will have noticed the art deco hall that appears in the eighth episode of the new season of the series. We refer to the scene in which Isabel II visits the workshop of Norman Hartnell, the designer responsible for shaping
0 views0 comments

Tweet In Mayfair, the luxury (and expensive) neighborhood of London, the British capital, this floor full of works of art and design pieces fascinates us. Shalini Misra is the talent behind this 100% exquisite project. Both Londoners and city visitors love to stroll in the exclusive and historic area of Mayfair. Ultra chic restaurants, art galleries and luxury boutiques are discovered step by step. In one of these elegant streets, an apartment of almost 220 square meters occu
1 view0 comments

THE PERFECT DAY IN LONDON

Tweet SHOP HERE Strolling through Burlington Arcade is like stepping back in history: it’s remained largely unchanged since a local aristocrat built it in 1819. The cubby hole-like boutiques host an assortment of the high end and the handmade, whether leather and cashmere accessories at Pickett or hardy Globe-Trotter suitcases. Chanel-owned milliner Maison Michel and handbag designer Lulu Guinness have also recently opened stores here. Note the top-hatted patrolmen along the
0 views0 comments 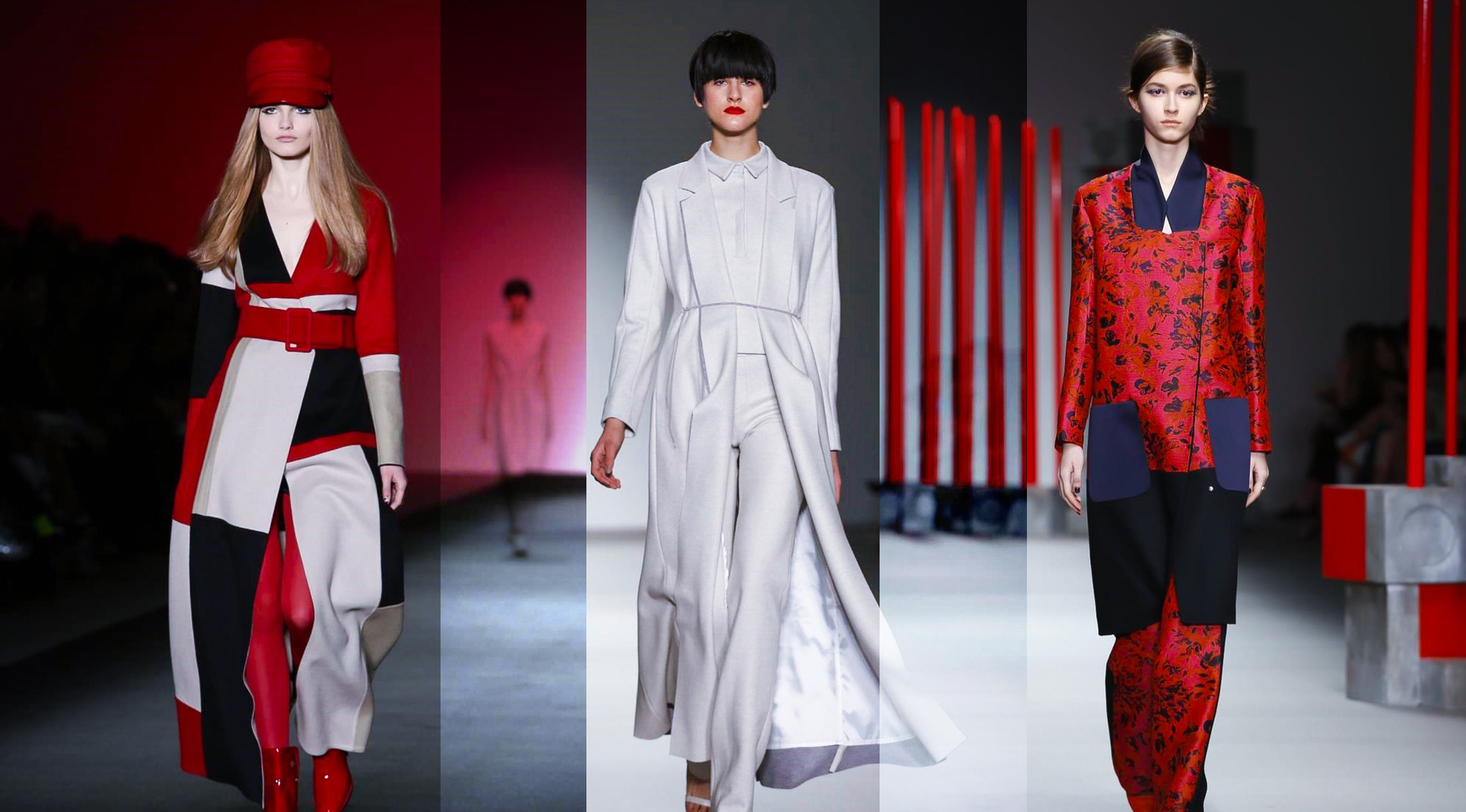 Tweet LONDON, UNITED KINGDOM [JANUARY 12, 2015] – If tomorrow Carlo Brandelli were to lose all his earthly possessions, including the creative directorship of Kilgour (it would be the second time he’s let that go), then he’d be just fine. Beneath his tinted spectacles the designer radiates a total self-assurance that makes one think he’d do very well leading a cult. Which, to some men, is sort of what Brandelli’s Kilgour is and was anyhow. Since today’s outing was the first B
0 views0 comments

Tweet LONDON, UNITED KINGDOM [JANUARY 12, 2015] – Nasir Mazhar wanted to present a 24-hour wardrobe for his guys, with all the gear that the men who are into the Mazhar look could want. Backstage the designer stressed that all pieces were equally important; in fact, there should be “importance in your wardrobe and there should be importance in your life.” In other words, things should be taken seriously. There were some seriously fly looks here, to be sure—tracksuits in oily
0 views0 comments

Tweet LONDON, UNITED KINGDOM [JANUARY 12, 2015] – Since Belstaff’s acquisition by Labelux, first Martin Cooper and now Fred Dyhr, vice president of men’s design, have been charged with producing collections that will rev up this venerable Stoke-founded manufacturer of waxed biker jackets and propel it into pole position (or at least a prominent spot) within the seasonal fashion cycle. Cooper did pretty well design-wise, yet he rode off into the sunset last year. Today Dyhr ac
0 views0 comments

Tweet LONDON, UNITED KINGDOM [JANUARY 12, 2015] – “I’m obsessed with modern artists like Jeff Koons, KAWS, and Jennifer Saville: You either love them or hate them, and it’s the same way with me,” said Katie Eary after showing her Fall collection. But what could Saville’s grotesque paintings and interest in bodily imperfections have in common with Koons’ shiny coldness or KAWS’ cartoon-like world? Well, you didn’t have to look farther than the prints, which showed metallic bod
0 views0 comments

Tweet LONDON, UNITED KINGDOM [JANUARY 12, 2015] – There were no tears at the end of Craig Green’s show today. It would have been a hard trick to pull off twice. Besides, we’ve had six months to process the impact of his first solo catwalk show last June. But that isn’t to say that the collection he presented wasn’t mesmerizing; it was simply more pragmatic than Spring. Green cryptically described that show as “a silent protest.” Now, he said, “The silent protest has got loude
0 views0 comments

Tweet LONDON, UNITED KINGDOM [JANUARY 12, 2015] – Tall, handsome, articulate, and urbane (not to mention in possession of the best posture in menswear), Patrick Grant is a fearsomely persuasive style cipher. The man behind the five-year-old revival of E. Tautz is now famous, too, thanks to his sideline job judging a popular BBC series centered around competitive sewing. Only in England. So, as Grant beamed backstage after this rapturously received collection, it felt almost
0 views0 comments

Tweet LONDON, UNITED KINGDOM [JANUARY 12, 2015] – For Fall/Winter 2015 Gieves & Hawkes moves back into the city with a broad and darkly layered urban wardrobe. Richly structured with a film noir quality, the palette is saturated and textural in charcoal, black, ink, plum and navy. The tone is mat with flashes of sheen. The look is masculine and powerful, centred around outerwear and overcoats. Softer shapes and sumptuous textures in cashmere and double faced wool are trimmed
0 views0 comments

Tweet LONDON, UNITED KINGDOM [JANUARY 11, 2015] – Casely-Hayford is a trend fot itself this season. Sometimes, the outfits of the fashion week season does not emerge until the season really arrives. All in the week, everywhere menswear week, one explicit garment has been not possible to miss — the daring black-and-white patterned Ashmore overcoat that anchored Casely-Hayford’s AW14 collection. It has been on the backs of bloggers, editors, celebrities and stylists, an proper
0 views0 comments

Tweet LONDON, UNITED KINGDOM – Few brands may take into count themselves as really “cult” however KTZ is actually one. Marjan Pejoski’s garments are measure grounded in ideology and distinction. The backstory nearly always details a private journey of spirituality. Previous collections are attributed to the designer’spilgrim’s journey to visualize the Inuit tribe in search for ancient knowledge. For the alternative youth searching for one thing to believe, KTZ makes a compell
1 view0 comments

Tweet LONDON, UNITED KINGDOM – Anything you can do, I can do knitted. That appeared to be the message at today’s Pringle of Scotland show, held to celebrate the label’s two hundred anniversary. There was a part of back-to-roots simplicity regarding the gathering as an entire, with charcoal, black and white ribbed knits dominating the lineup. As ever, there was lots of interest within the fabrication, whether or not in panels of contrast-knit technique and texture, or on addit
0 views0 comments

Tweet LONDON, UNITED KINGDOM – The show notes at Richard James promised a roller coaster ride — inpired by a proper Boy’s Own story, the little-known tale of however a bunch of nineteenth century British engineers voyaged to Chile to make the groundbreaking Trans-Andean line. It was the type of origin story which may be expected from exploration-loving designers like Nigel Cabourn or Christopher Raeburn, instead of Richard James — though it’s worth remembering at once, a few
0 views0 comments

Tweet LONDON, UNITED KINGDOM – In many ways the Alexander McQueen show might be thought of the “revival” delineated in the press release. The warehouse show space and the square formation of the audience resembled the grand spectacles that Lee McQueen accustomed placed on. He looked as if it would have most well-liked the audience on all sides, looking in. Maybe it had been about adjusting the gaze inwards, a sensibility much ingrained in Lee’s work. It had been true of Voss
0 views0 comments
bottom of page